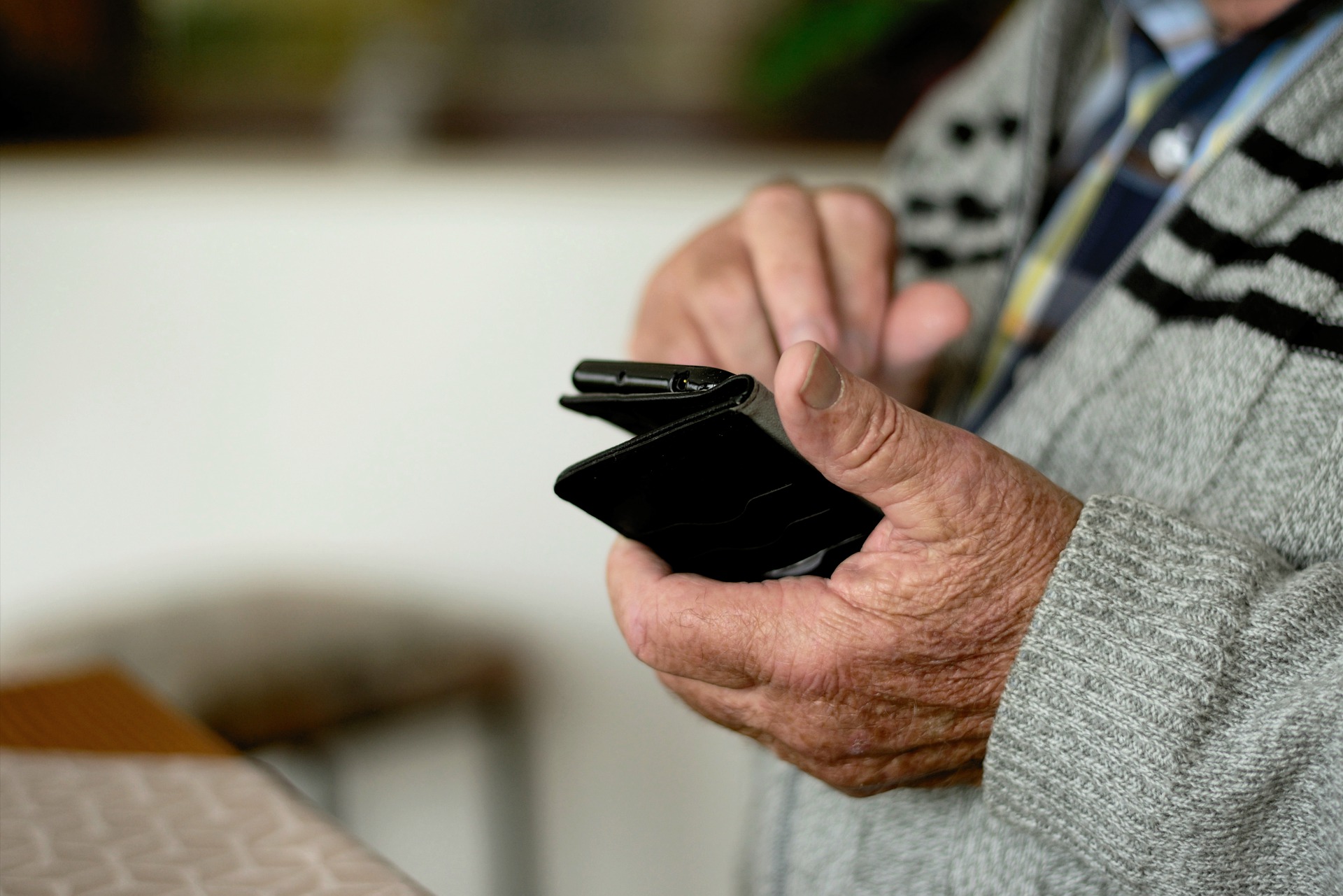 And yet this is the reality communicated by the official INSEE (the national statistics bureau of France) figures in their study INSEE PREMIERE n°1780 published on 30 October 2019 following the annual household survey on information and communication technologies.

Indeed, INSEE tells us that not all French people are equal when it comes to information, particularly on two specific points. The first is access to this information through the use of today’s specific tools (computers, smartphones, tablets) and the second is learning and acquiring the skills to use these tools.

A little clarification before going any further, the subject of digital inequalities is related to other issues that we will not deal with here, such as the risks related to isolation, the public policies to be implemented to fight against the digital divide, the consideration by brands of these realities, all the topics around the Silver economy etc. Other blogs are much better at addressing these different topics than we are.

Rather, the focus of our article will be on inequalities in access to information and the skills needed to understand today’s tools. In particular, what will interest us is to know who these people are for whom digital is an obstacle in their daily lives and how to make them benefit from the services provided by digital?

The QUESTION: Who are these people? 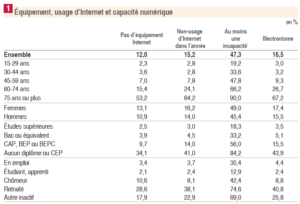 The table above entitled “equipment, Internet use and digital capacity” shows the use and equipment of the Internet according to different socio-demographic criteria. Looking at some of these figures, we note that more than one in two people aged 75 or over do not have access to the Internet at home and therefore do not use the Internet. The baby boom generation itself is concerned by this reality, since one in four baby boomers has not used the Internet during the year either, although one in six has the necessary equipment to do so. For the rest of the population, the trend is completely the opposite, with less than 3% of 15-44 year-olds not using the Internet during the year. Nevertheless, these 3% are still intriguing and it would be interesting to see how they evolve over time to see if they constitute a threshold of resistance that can be explained by different factors (white zones, voluntary exclusion etc.).

With regard to the level of education, it is also a key indicator for understanding this phenomenon. According to a general intuition, the least educated people are more likely not to have used the Internet during the year. The lower the number of school diplomas, the less effective is the use of the Internet.

It should also be noted that women are more concerned about the non-use of the Internet and, in general, about what INSEE calls illectronism.

In conclusion, we can deduce from this table several explanatory axes to identify people who do not use the Internet:

THE REAL PROBLEM: the lack of competence on this channel

The “Internet Jungle” is a metaphor that many French people can make, since 24% of the population is still unable to obtain information on the Internet according to INSEE. This figure can be broken down as follows: 9% of Internet users feel truly incompetent and the remaining 15% are non-users of the Internet.

“One in four people don’t know how to get information and one in five are unable to communicate via the Internet.”

The plans put in place by the State to reduce these inequalities and the contribution of operators to cover the territory of Internet access are a first step in the fight against illectronism. There is also the question of the alternative to the Internet, particularly for populations most exposed to illectronism. Today, and this is our personal feeling, this phenomenon is often underestimated by most digital players, although most of the major companies in the Paris financial centre are in the process of building a discourse highlighting digital inclusion. At The Mobile Concept, our DNA is precisely to provide solutions to this problem by helping people who do not use the Internet to access services for which the Internet is a prerequisite. We create bridges between the web and other channels with which these people excluded from digital are more comfortable, especially one in particular: the Voice.

In each of our services, we strive to create voice interfaces that allow users to find the same information as on the Internet but via voice. For example, the information of a television programme available everywhere on the Internet will be the subject of a special service in our country with a voice interface designed specifically for this purpose.

If you would like to know more about our approach, do not hesitate to contact us via chat or via the form.